My Journey of Google Summer of Code with Pidgin 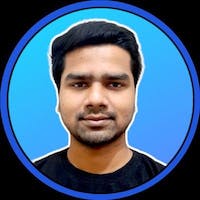 Google Summer of Code is a global program focused on bringing more student developers into open source software development. Students work with an open source organization on a 10 week programming project during their break from school. GSoC is not only about coding itself, rather it is more about communication, community bonding, documentation, and more exciting stuff.

How I got started with Open Source?

It was in the month of October 2019, when I went to a local meetup of Hacktoberfest at Chennai where I met Mr. Anirudh S (who was a GSoC’11 student for Wordpress). He introduced me to Open Source for the first time and also cleared my doubts regarding that, he also motivated me to contribute to Open Source organisations, solving issues and trying something new with the code.

After that I contributed to various organisations like LBRY, UNO Platform and more, though they were small edits in the documentation, but they were good to start and getting familiarity with the Open Source.

After few months, I contributed to GatsbyJs as a translator for German language, I even got a invite to join the organisation as a part of Maintaining Team until they revoke the program after August 2020. 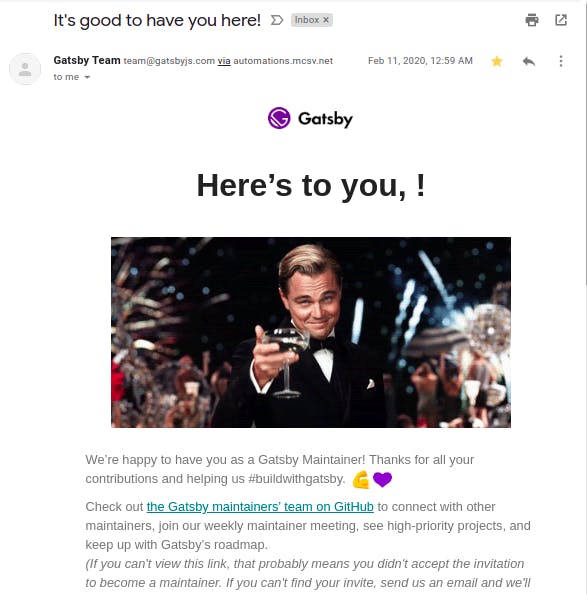 After that I participated in GirlScript Summer of Code, contributed to Ovuli, an app to track the menstrual cycle in women, and also mentored students in StudentCodein (3-month Open Source program)

I joined a Open Source Community named "HypnOS" maintained by Sahil Jha, Ayush Bhardwaj and Kaushlendra. This community helped me a lot with my questions, doubts, and also the proposal review.

In the month of February 2021, I got accepted as an Open Source Fellow at HackIllinois Fellowship, where I contributed to LLVM Compiler Infrastucture under the mentorship of Michael Kruse (maintainer of Polly). 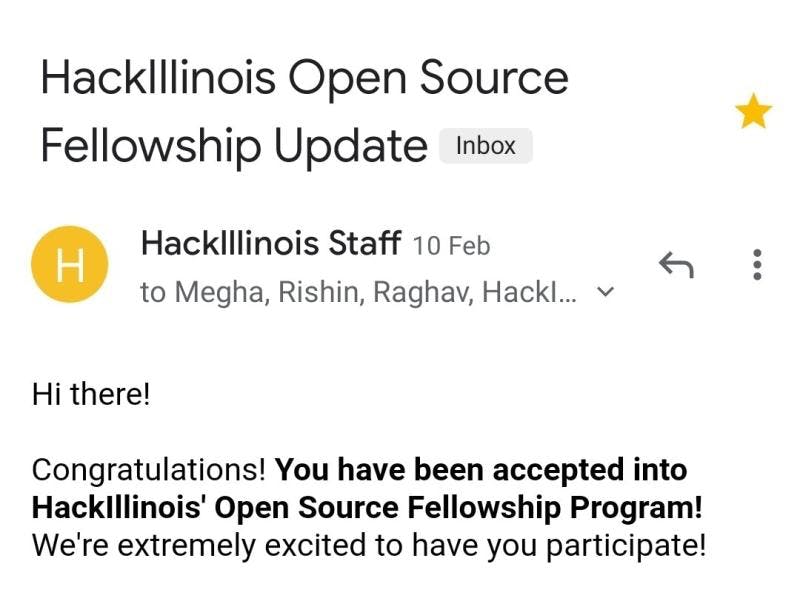 I contributed to the Polly, which is polyhedral loop optimiser for LLVM, and became an Outstanding Contributor to that project, whom were announced during the closing ceremony of Fellowship. 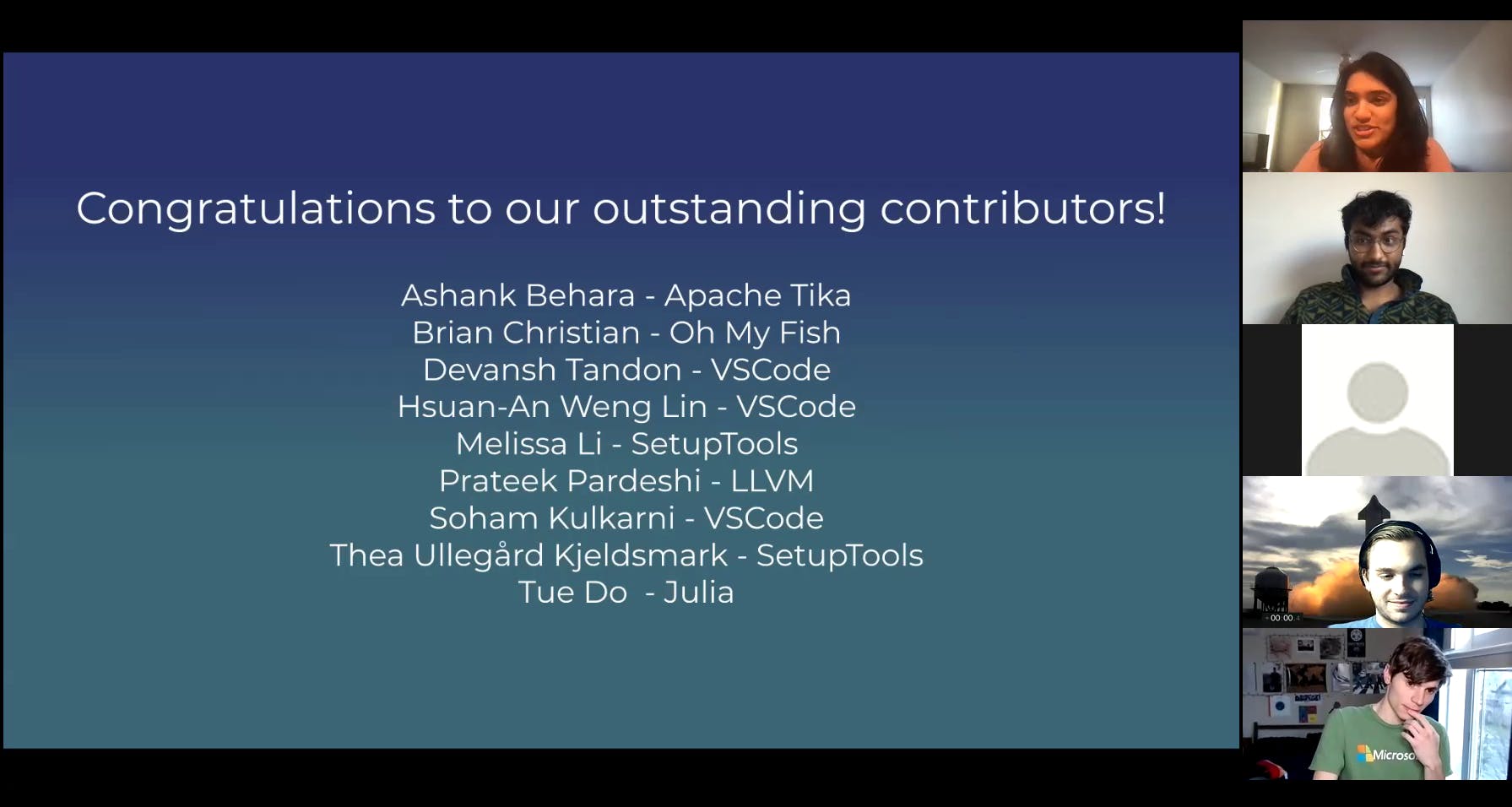 I was interested in linux, so I choose to contribute into the GNOME Foundation, I saw a variety of projects at GNOME, some are written in C, Vala, Rust, and more. I only have knowledge about C language and also started learning about GTK, then I contributed to Nautilus(File Manager of GNOME), and was making myself familiar to Nautilus's code base.

i wanted to participate into GSoC with GNOME as org and Nautilus as the project, but when the project list for GSoC was released, Nautilus was not in the list.

I kept on searching for the organisations with C and GTK as the tech stack and finally found Pidgin on the GSoC org page.

My Experience with Pidgin & Community

Pidgin is an universal chat client app which was first released during the late 1990's, written in C & GTK. It is available for Linux, Windows, FreeBSD, and MacOS.

I joined the Pidgin Discord community having around 1k members, where I met Gary Kramlich who is my mentor for GSoC, also the lead developer at Pidgin and other community members as well.

I indulged into the development of Pidgin with the Contributing guide, which also requires a user to install lots of dependencies to build and run the project manually on their system.

The community members and the core developers helped me a lot with building Pidgin at my locally on my system.

I also learnt the development of GTK widgets here, with the help from the community devs at Pidgin.

On May 17, 11:12 PM IST, I received this email that my proposal was accepted. I was so excited as it happened to be dream come true moment for me :D 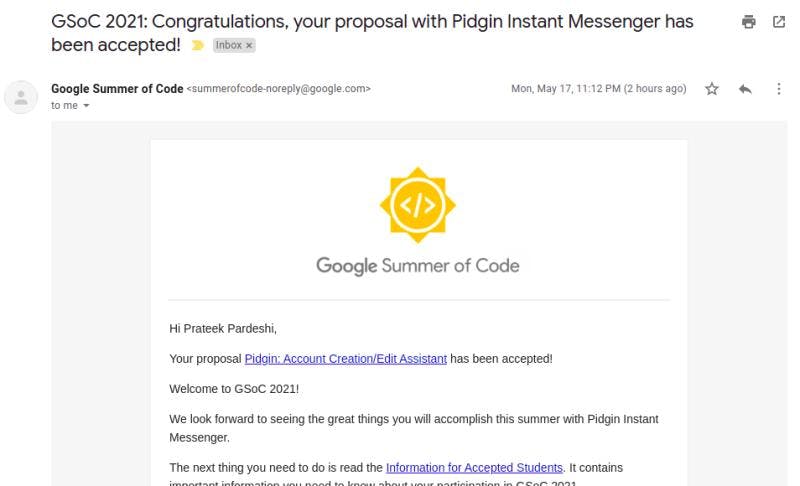 My project this summer is to build an Account Assistant to improve the current on boarding process for Pidgin users.

I chose this project because there is a huge impact attached with it. The current account adding process is quite intimidating to the users of non-tech background and they face difficulties while adding their account. I hope to solve the problem this summer.